The Blood Support to the Heart of Your Business 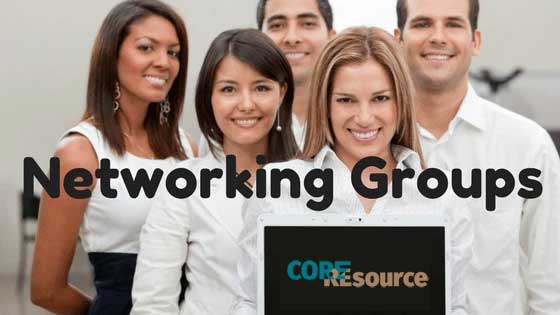 Networking is a vital blood line support to the heart of any business. It is the one thing that I couldn’t survive without now that I am business owner. The main reason that I started up my own business was because of a Network Support Group, the Better Business Breakfast Group. This gave me the confidence to believe that I could start and grow by own business. Since I started my new business, The Virtual Organiser back in late Summer 2017, I have been fortunate to attend several business support groups. They have ranged from my local Better Business Breakfast Group (BBBG) in New Ross, to Women Inspire Network – WIN (I attended their annual conference in Dublin in October 2017), LEO’s Women in Business events, Elevation Construction Network Group, BNI Menapia Chapter (as a guest) and I am very much looking forward to attending later this month, Women in Business Networking Group in Kilkenny.

On the virtual side of networking (Social Media) there are so many more support groups that can be reached globally of you so wish. There are so many support groups to choose from but the key is to choose wisely and to choose which ones that are going to be the most active but productive at the same time. The Groups that will have a return on your investment (time being the investment of engagement). I am part of 2 Virtual Assistant Support Groups both in Ireland and the UK. It is great to be part of a group in your own occupation area. You need to be engaging on Social Media for there to be any chance of business been done. It is easy to get your content created beautifully and strategically but you need to work that room as the saying goes. You need to be chatting, retweeting, quoting those retweets, sharing on Facebook, liking, commenting. Whatever the platform (Twitter, Facebook, Instagram, Snap Chat or LinkedIn) you need to be using it the same way as you would engage in the physical side of networking. Be nice, do a favour and a favour gets returned. It costs you nothing to be nice. You never know where social engagement will lead you and it is all from the comfort of your couch and a cup of tea at hand. Virtual Networking Groups have specific hours in which to engage with too. Just include their hashtag (e.g #Wexfordhour) and off you go networking. Social Media engagement has incredible benefits but you cannot beat connecting with someone face to face but social engagement can be first step in that ladder in connecting. As the old saying goes “People buy from People”. As my business is B2B, it is impeccable that I get out there and work that room both physically and virtually.

The main pivotal benefits to me for networking groups are as follows:

Starting out in business and for those days that you feel like you are blowing in the wind with no direction, these Networking Groups really offer great reassurance of support. You will discover that everyone is in the same boat as you. An answer is only a question away. As one guest speaker said “the only stupid question, is the one in your head – let it out”. If you are at working from home, a question can be put to a virtual group and an even bigger question can then be discussed in person at a Networking Group. Try and schedule into your diary at least every 2 weeks at a minimum to get out and there mingle with other business owners in your area and beyond. Other business owners who have been around much longer have a wealth of experience that no money can buy. Engage and utilise this information to your advantage. You never know what past experience you can pull on in helping them out too with a potential lead and solution to a problem. Support doesn’t just wear a hat of problem solving and lead generation, it also acts as an encouragement tool to keep going. “Well done you are doing a great job” and “you’re doing all the right things” and “just keep the pedal on the throttle”. All support is welcome so take it on board and use it.

This really is the main driving force behind all Networking Groups both physically and virtually. All businesses need to be continuously and actively looking for new business. Even if your calendar is full, you never know when those orders and appointments will dry up. Nothing is guaranteed in life and especially in business. Networking Groups are a breeding ground for leads and eventual business. It’s like the world wide web…. a small connection can lead to a bigger connection and so the cycle continues and intertwines for everyone involved. It’s like throwing a small pebble into calm lake and watching the ripple effects. Use your peers to gain what you require to drive your business forward. Who knows where it might lead.

Your business constantly needs to grow. By attending Networking Groups, you learn from other businesses attending and from guest speakers their expertise and knowledge. You can also avail of 1 to 1’s with members of the group. This is a great way of picking each other’s brains for the benefit of both of you involved. Always go in with an open mind to learning. Every day is a learning curve, and there’s always more room to learn. Putting this new knowledge into practice is where your business will really grow. By engaging on social media with like-minded people you will learn so much too from their expertise.

One of the things that I hadn’t considered when setting up my own business as a Virtual Assistant was my confidence. I was so excited about being able to start back to work that I hadn’t factored this in. I was having to put myself “out there” 100% of the time. As a business owner you are the business, front, back and sides. You cannot sit at your desk and think the work is going to land on your lap. It doesn’t work like that, you need to get out and sell yourself. It is nerve wrecking walking into a room full of strangers who you have to convince that they should be using your service. When you have been out of the work scene for a while it does take that bit longer to gain back that confidence. But by continually networking both off-line and online your confidence does start to make an appearance again and nothing will stop you now in achieving your goals.

One of the things I love in life is friendship. Friendship with friends and family. Throughout your late teens and twenties, you were pushed out of your comfort zone of your family. You then had to make new friendships out in the big bad world or you would sink. Friendship keeps you going when you move away from home, start college, start a new job and move countries and even counties / cities. I really enjoyed meeting new people and if a friendship develops then that’s the icing on the cake. I am really enjoying developing new business friendships from Networking Groups that I have attended and from engaging online. What I am loving is meeting people in real life and twigging that you already know them from the social media world of Twitter, Facebook or LinkedIn. You know then that social media and the old fashioned way of talking with people is working in tandem together.

About the Author: Core Resource

This website uses cookies to improve your experience while you navigate through the website. Out of these cookies, the cookies that are categorized as necessary are stored on your browser as they are essential for the working of basic functionalities of the website. We also use third-party cookies that help us analyze and understand how you use this website. These cookies will be stored in your browser only with your consent. You also have the option to opt-out of these cookies. But opting out of some of these cookies may have an effect on your browsing experience.
Necessary Always Enabled
Necessary cookies are absolutely essential for the website to function properly. This category only includes cookies that ensures basic functionalities and security features of the website. These cookies do not store any personal information.
Non-necessary
Any cookies that may not be particularly necessary for the website to function and is used specifically to collect user personal data via analytics, ads, other embedded contents are termed as non-necessary cookies. It is mandatory to procure user consent prior to running these cookies on your website.
SAVE & ACCEPT
Go to Top